jabon as a future savings

pada tanggal Februari 25, 2011
Raharjo's future savings is 1,600 which is planted with a spacing jabon meeting
2.5 m x 2.5 m in 1.25 ha of land. Higher members of the family Rubiaceae tree that now stands at 7-8 m
and the average diameter of 12 cm at the age of one year. "Right now all the trees in a healthy condition.
Hopefully the next five or six years I was able to harvest it, "said Raharjo.Pegawai an oil company in Jakarta chose jabon not without cause. He saw a wooden shelter near the garden future savings
require up to 4,000 m3 of timber per month. "One who is sought after because of its wood jabon
considered to be good, "said Raharjo who wish to harvest 500 m3 with Rp900.000 selling price per
m3's. far in Malang, East Java, Jasmine jabon Tanjungsari also planted in 2010. Jasmine use robusta coffee plantation area of 5 ha in District Wlingi, Blitar, East Java. There he planted 7000 on the sidelines jabon


coffee plants. Jabon tree height is now 6-7 m and an average diameter of 10 cm. "For the market, there are ready to accommodate," said the woman 28 years.Spread Since is predicted in mid-2010 as one of the trees for industrial use sengon addition, direct jabon prestige soared.Moreover, a series of advantages attached to the timber class IV's durable-equivalent agathis wood, wood bayur, and walnut-like disease resistance and very Preferably the timber industry. "Hold it an important disease because of this long-term investment, "said Surya-pseudonym, a businessman from Bandarlampung, Lampung province, who planted 12 000 jabon in
garden area of 23 ha in Cullinan, Bogor Regency.Another advantage Anthocephalus cadamba which has not been known is the new shoots postharvest growing fast. "Jabon with planting a single crop can be 2-3 times. New shoots will more quickly into a tree because the roots of the parent been more widely spread, "said Dr. Ir Irdika MForSc Mansur, a lecturer in the Department of Silviculture Faculty of Forestry, Bogor Agricultural University, JavaWest, when the first National Seminar Jabon in Bogor in September 2011.The rise of planting jabon seen from Poster in the District Sukamakmur search,Bogor Regency. Areas with topography maountain
was filled with rows of trees jabon average age of 1-2 years. "Four years ago in Here just a vacant lot, but now jabon grown up into the hillside, "said Jaini Nur, one of the regulatory area of the garden jabon
Sukadamai 2.5 ha in the Village, District Sukamanis.Another indication of continued widespread planting
Jabon is the sale of seeds. Two seed producers
jabon contacted agreed that there is an increase
sales since last 2 years. "Two years
then the volume of sales of 400 000 seedlings per year. jabon is future savings 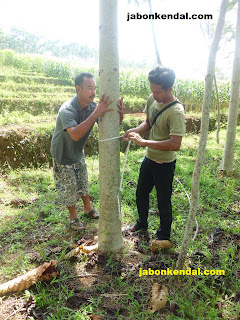 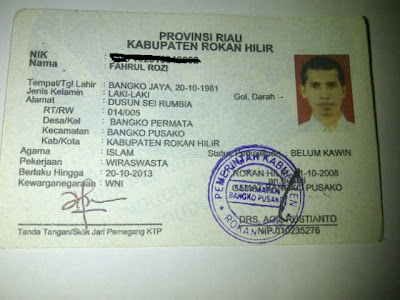 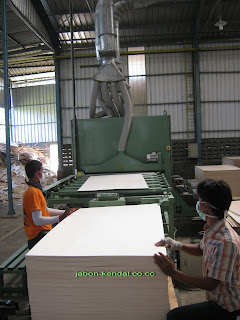